Good value for money. I bought this to help keep my daughter amused while we are off school. My daughter was delighted with it.  It was also really good to get vegan-friendly snacks. 🙂"

Great for International long-haul flights, multi-trip journeys such as long car, train, or boat journeys. Perfect for when you want to keep your child entertained throughout the day or want them to have multiple toys and gifts they can keep going back to throughout their holiday. Great for restaurants instead of screens, by the pool, beach, or downtime in the room - our 'busy bags' will last the entire trip (not just for the journey)!

Our entertainment packs aren't just for travel, they are great for rainy days, sick days, hospital stays, off-school days, parties, and weddings too (we supplied our packs for the Royal Wedding!)

All packed into our bespoke KeepEmQuiet rucksack, so they can take their bag of goodies everywhere with them!

Age titles are only a suggestion and are not meant to be taken literally. Adult supervision is always required. Please read more in the About Us section of the site.

Pictures are illustrative only, the individual items are subject to change daily and are wholly dependent on inventory levels - but you will always receive the correct amount of items & snacks as per your length of trip choice.

Please remember, this is a lucky dip of items that are packed to a certain formula, we, therefore, cannot guarantee specific items will be included.

I ordered 2 packs for my daughter and her friend for a trip we were due to take. I received a parcel a few days after ordering but only 1 of the packs was included in the parcel. I informed KeepEmQuiet who apologised and after asking for some pictures of the packaging, said that the second pack would be sent out. This didn’t arrive in time for our trip and in fact by the time we returned, the missing items had not arrived. I contacted them on 3 separate occasions to try and organise either a refund or to confirm the replacement pack had been dispatched and no one seemed to be interested in getting back to me.

After more than a week of this, finally, Shara was able to confirm the second pack had been dispatched.

Really disappointed With the communication and customer service but the pack itself (the one I have so far, received!) is fine and will keep my 5 year old entertained.

Would not recommend using the company unless you are ordering way in advance in case of any issues. 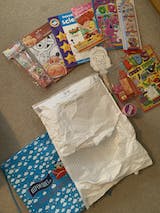 Hey Stephanie, Dan here the owner of KeepEmQuiet. Glad you like the pack, but sorry to hear of the issues you had with the 2nd pack. This was a warehouse error which whilst rare, is super annoying when it happens. I'm sorry about that. The 2nd pack is indeed en route to you, the delay was that as mentioned we use a 3rd party warehouse to send out our parcels and sometimes it takes time to investigate what happened and why it happened. I realise when in a hurry this is far from ideal, but usually we have very few errors, so this was a tad unlucky for your order to be incorrect in the 1st place. Shar should've kept in contact with you though without you having to chase, so I apologise about that too. Can I offer you a discount code for next time as a gesture, we'd really like to make it up to you? Please reply to this email. Also please let us know when the 2nd pack arrives please as I'd like to personally keep a tab on this. Hope the packs are enjoyed, Dan x

Lovely mixture of activities and snacks for my 3.5 year old which has helped keep her occupied in lockdown. I'd definitely order from KeepEmQuiet again.

A
Ana Yepes (Park City, US)
My daughter loves it and we loved it even more

My daughter was entertained the whole flight. This is our 2nd time using and won’t be our last. 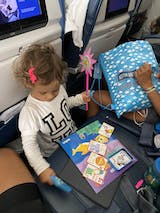 Amazing price with loads of things to keep my girls entertained. She was getting bored doing the same thing in lock down so this was a breath of fresh air

I ordered for my 3 year old daughter to help keep her entertained during lockdown and what a help it was for 2 very tired parents! She absolutely loved it. The variety was great. Well worth the money. I’ll definitely order again in the future. 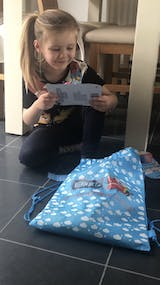 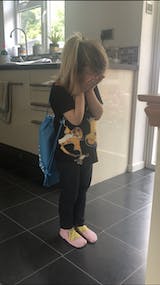 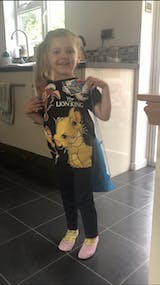